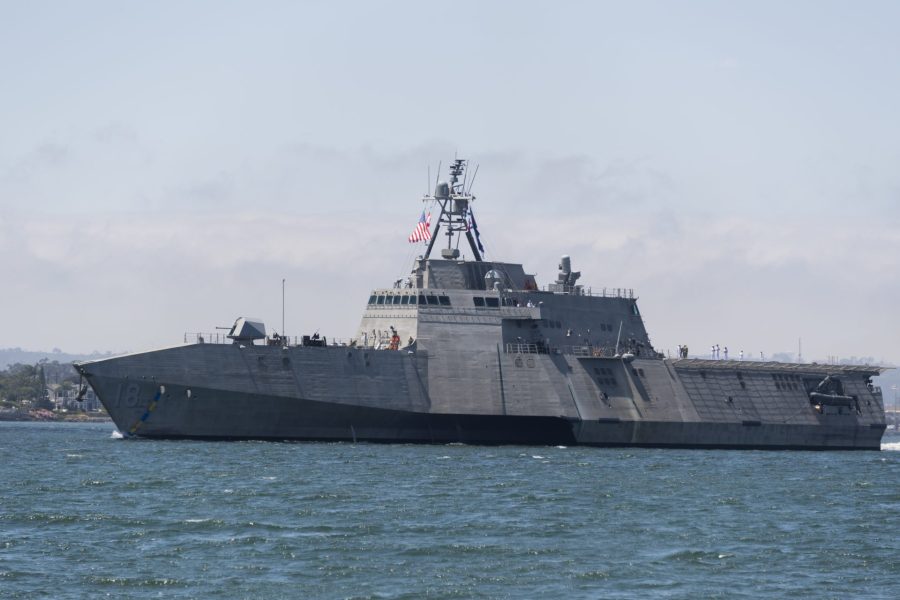 SAN DIEGO (CNS) – The U.S. Navy reported Tuesday that an unmanned MQ-8B Fire Scout helicopter based out of Naval Air Station North Island crashed into the side of the littoral combat ship USS Charleston during a training exercise Monday afternoon in the western Pacific Ocean.

No one was injured, and the Charleston continued to safely operate after the incident involving the vertical take-off and landing tactical unmanned aerial vehicle, which fell into the sea and was not recovered, military officials said.

The Fire Scout — 31.7 feet long and nearly 10 feet tall — damaged a safety net on the ship and struck the hull as it went down, according to Navy officials, who said damage to the ship was being assessed, but appeared limited to an area above the waterline.

The cause of the mishap was under investigation.

The Fire Scout was assigned to Helicopter Sea Combat Squadron 21 based out of Naval Air Station North Island, located at the north end of the Coronado peninsula.