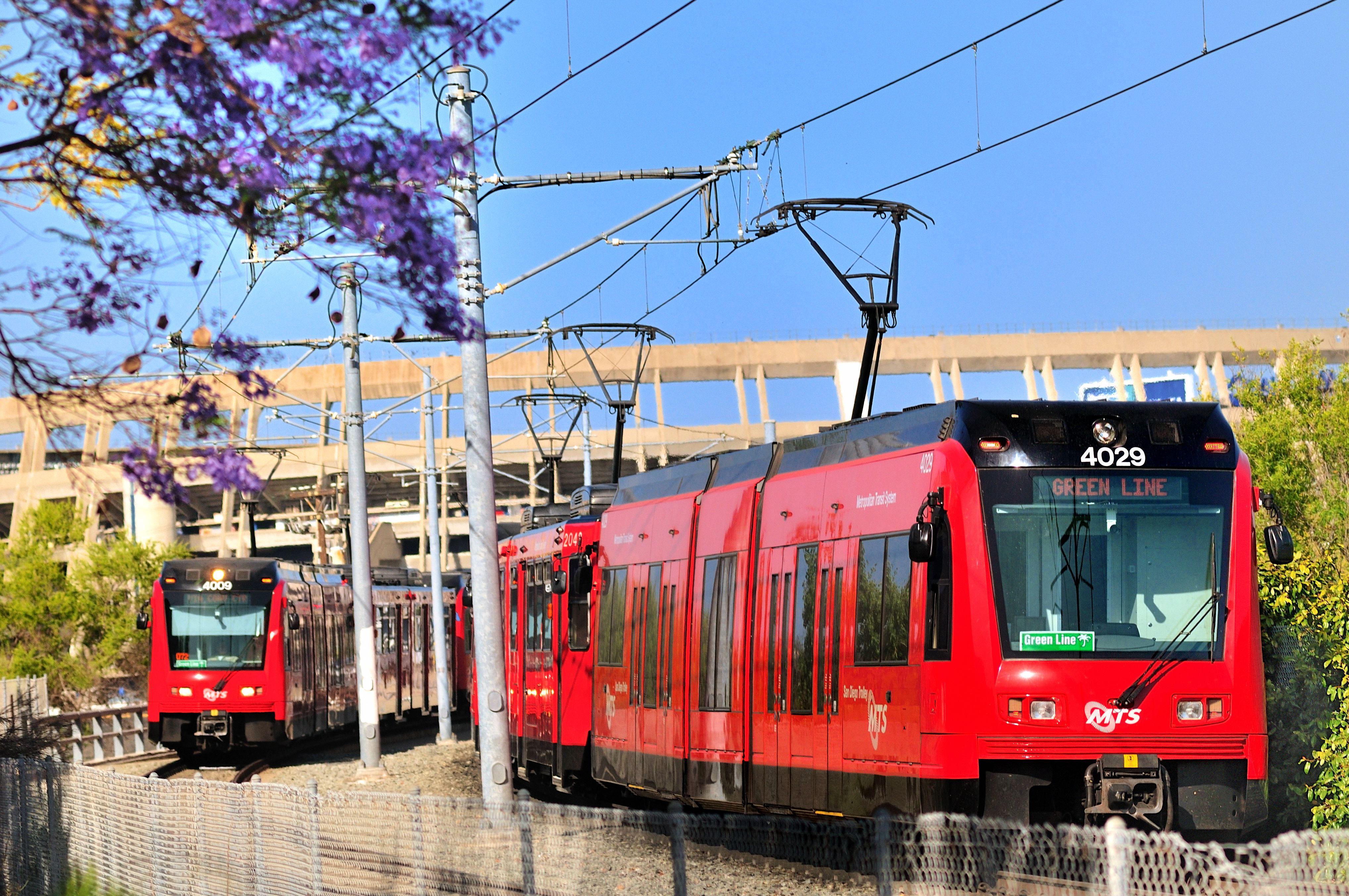 An 83-year-old Asian-American woman was randomly attacked on a Metropolitan Transit System trolley last week, leaving her with bumps and bruises, but San Diego police don’t believe the crime was an act of hate.

The woman had just boarded the trolley at the Encanto/62nd Street Trolley Station en route to Downtown San Diego on Feb. 8 when a man approached her and punched her in the head, according to the San Diego Police Department.

The man, identified as 35-year-old James Winslow, deboarded the trolley at the next stop, SDPD said.

People who witnessed the attack came to the woman’s aid and called 911. The woman was taken to the hospital for treatment and was later released, SDPD Lt. Matthew Botkin said. Her injuries were described as bumps and bruises.

Four days later, on Feb. 12, and thanks to tips from the community, Winslow was arrested at a downtown Trolley stop, Botkin said. Winslow is being charged with one count of assault with a deadly weapon and elder abuse.

NBC 7’s Omari Fleming spoke to the teen about the purpose behind his documentary.

The attack on the woman of Asian decent comes at a time where advocates have noted an increase in attacks on the Asian-American community.

Since the beginning of the pandemic in March, there have been 2,500 hate crimes reported against Asian-Americans nationwide through September 2020, according to a study released by the Asian American Bar Association of New York (AABANY).

The study suggests that Asian-Americans have been unfairly blamed for the pandemic, allowing them to become the target of increased discrimination and violence.

In the Bay Area, a wave of robberies, burglaries and assaults — including three in one day — on the Asian community led to an increased police presence in Chinatown. One incident in particular made national headlines as security cameras captured a 91-year-old man being pushed to the ground unprovoked.

SDPD Lt. Botkin said the incident appears to be isolated and investigators do not believe the attack was a hate crime.

Anyone who suspects a hate crime against the Asian-American community, or other frequently targeted communities, can use the District Attorney’s Office online form or hotline to report.

The tool was created, in part, in response to an increase in reports of hate-related incidents directed at Asian-American’s DA Summer Stephan said in April 2020. Tips can be made online here or by calling 619-515-8805.