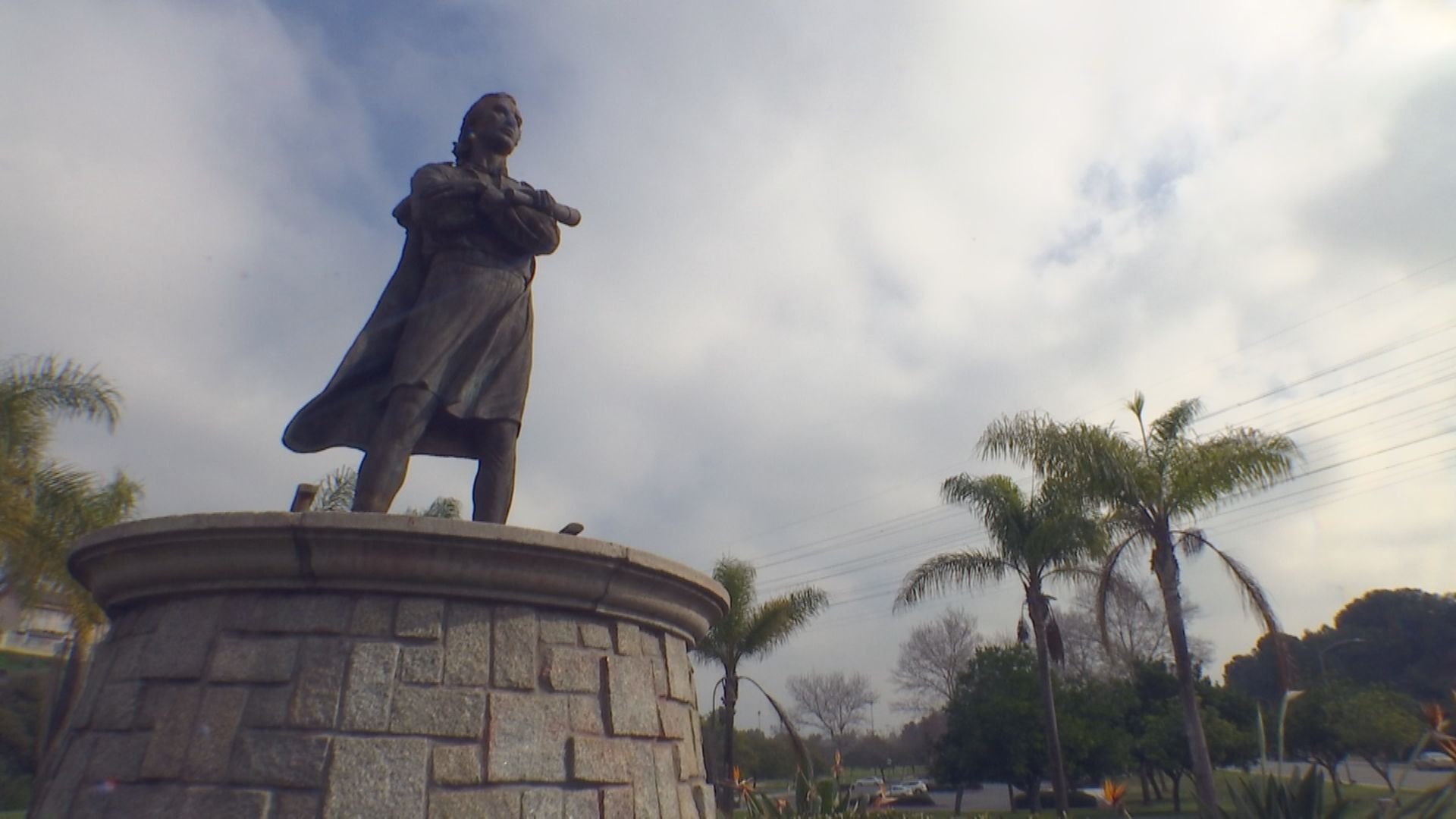 The Chula Vista City Council decided the fate of a Christopher Columbus statue Tuesday after a long and contentious back and forth between those who say Columbus represents genocide and others who say they want to preserve history.

In a 4 to 1 vote, the City Council approved the permanent removal of the statue from Discovery Park. The only dissenting vote was Deputy Mayor John McCann.

Most people who showed up to Tuesday’s council meeting were in favor of the outcome.

NBC 7’s Erika Cervantes heard heated debate from people on both sides of the issue.

For 30 years, the explorer’s statue stood as a landmark in Discovery Park. The city chose to put it in storage after it was vandalized with red paint on Indigenous People’s Day in 2019.

A statue of Christopher Columbus was vandalized at Chula Vista’s Discovery Park.

The City Council started considering its permanent removal following a request for consideration by the Chula Vista Human Relations Commission. Protesters showed up early to the meeting to demonstrate, and remained outside council chambers well after.

“Columbus represents the genocide and slavery that began in the Americans when he landed in the Caribbean,” Heryl Sanchez said.

You could hear the beating of drums outside while the issue was debated in chambers for more than three hours.

“Very disgusting situation,” Timothy Red Bird, a Kiowa Tribe member said. “You can’t honor someone like that that killed our people.”

Two members of the Catholic charitable organization Knights of Columbus offered to buy the statue and put it at the group’s headquarters in Fontana, California.

“The Knights of Columbus is an organization that still has that name and honoring him because he brought Catholicism to America,” Knight Michael Brault said.

San Diego’s Sons and Daughters of Italy is also offering to bring the statue to a museum.

“It is a story to be told for future generations to come about our journey as Italian immigrants and how we rose above,” Daughter Grace Sardina said.

The future of the statue hasn’t yet been determined, but after Tuesday night it won’t be in Discovery Park. The City Council approved forming a task force to determine where the statue will end up, what will replace it and whether Discovery Park will be renamed.

Groups have asked the council to consider renaming the park under the guidance of the Kumeyaay Native American tribes.