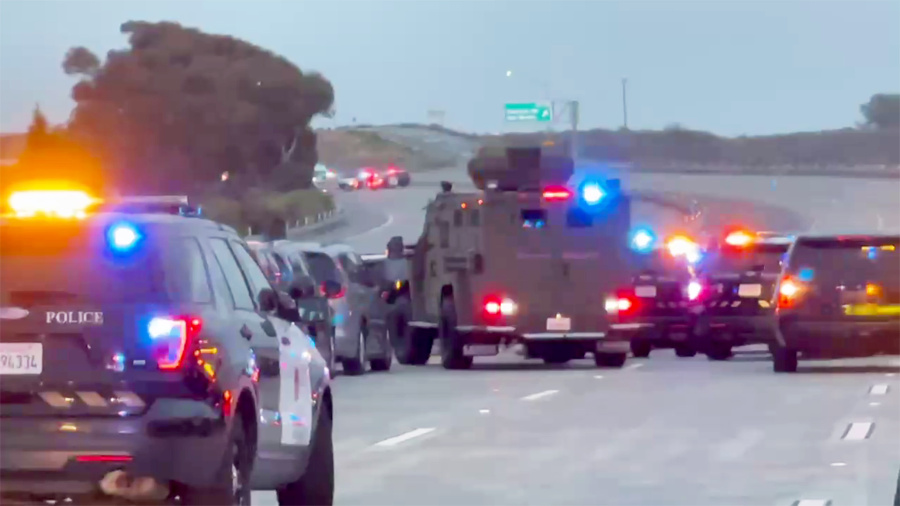 SAN DIEGO — Northbound lanes of Interstate 5 have reopened after a police standoff caused the closure of the entire freeway near Camp Pendleton.

Caltrans says southbound I-5 traffic will continue to be diverted off the freeway and onto Cristianitos Road.

The San Diego Police Department says it’s where a chase ended. Officers were trying to get a suspect to come out of a vehicle.

The chase stemmed from a domestic incident Tuesday night near 3600 Central Avenue, according to the police department. Officers were searching for a woman’s boyfriend who drove off, reportedly with a gun.

Officers saw the car near I-15 north and I-8 and at some point used a spike strip before the vehicle came to a stop near I-5 and Basilone.