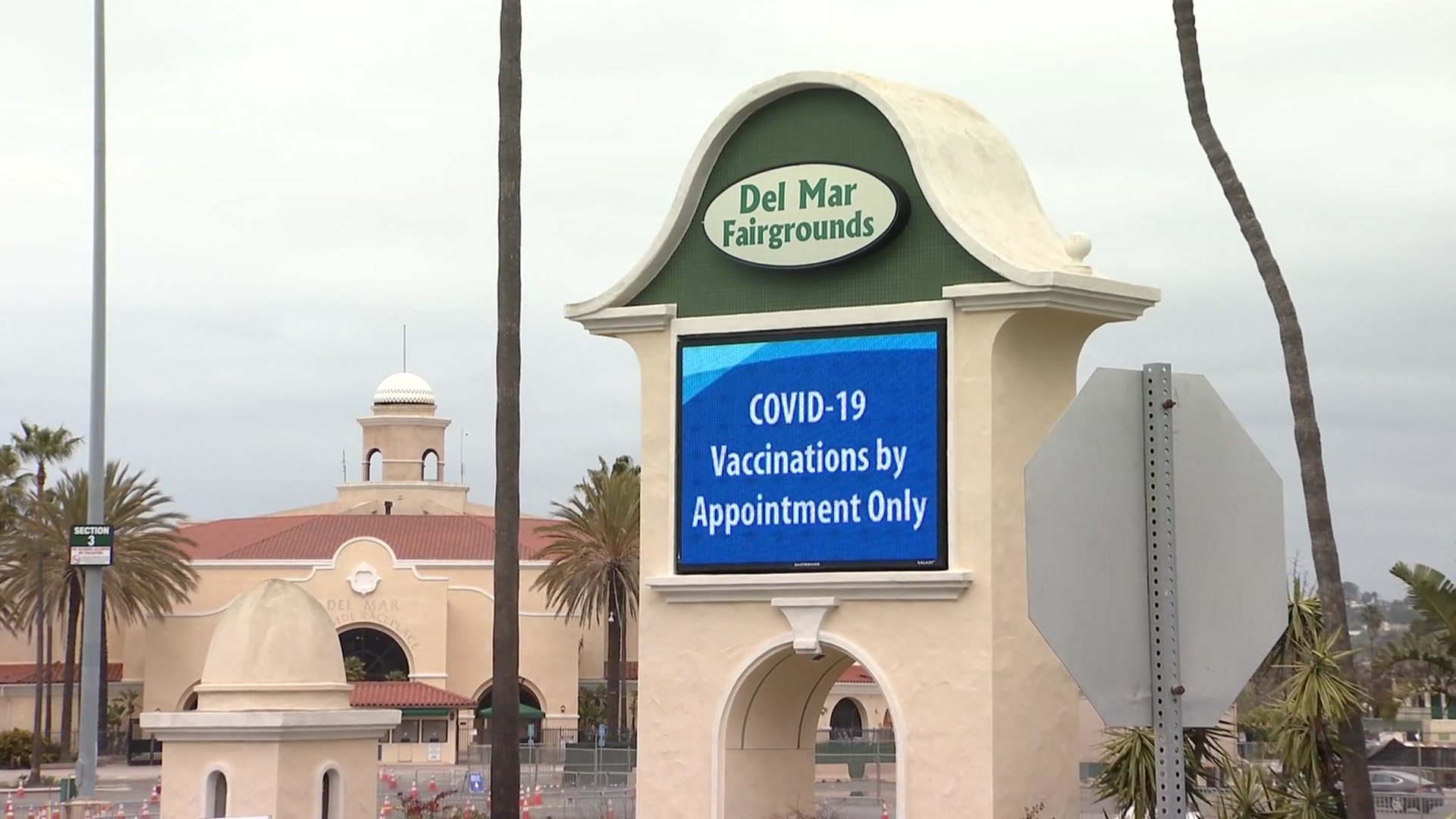 Officials working with the vaccine super station at the Del Mar Fairgrounds said Monday that the site will go dark three days this week.

The moves came after vaccine shortfalls to the site, which is being operated by the county in conjunction of Scripps Health.

The super station will be closed March 17 and March 19-20, authorities said.

The shortage of available vaccines is not isolated to Del Mar, of course. NBC 7 was at the Sharp vaccine super station in Grosssmont Center, where there were relatively few patients to be seen. There were no openings for those recipients newly eligible under the expanded guidelines, which added people with some health conditions to the pool of possible patients. Seventy-five percent of appointments at Grossmont on Monday — out of a total of 1,250 — were for people getting their second doses.

The Del Mar site was closed on March 6 due to a shortfall as well.

Scripps officials said people who had appointments scheduled for the three affected days at the site this week will have their reservations automatically rescheduled via the MyTurn online appointment system.