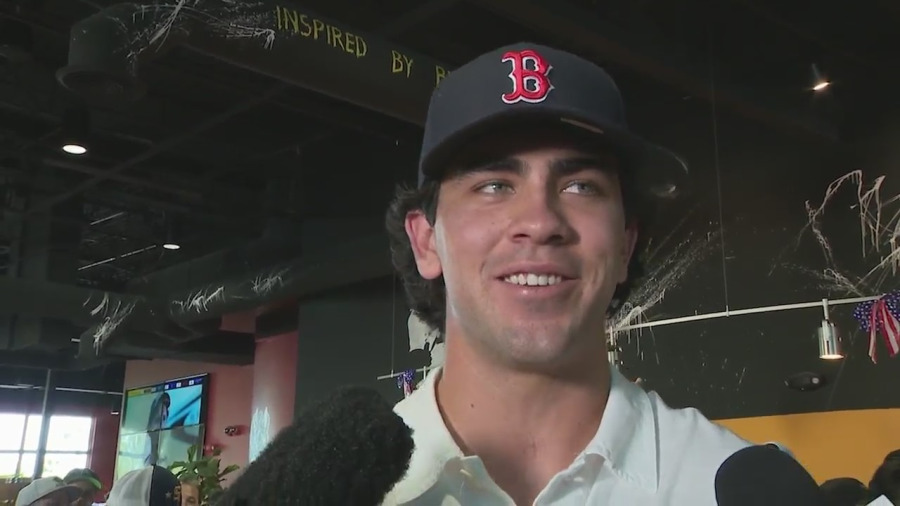 CHULA VISTA – Not one, not two, but three teams passed up on Eastlake grad Marcelo Mayer before the Boston Red Sox took him with the fourth overall MLB draft pick. Yet, the 18-year-old doesn’t feel like he has a chip on his shoulder because of it.

“I’m going to go out there and play the same game that I always do,” Mayer said.

Surrounded by loved ones in Chula Vista, some traveling from as far as Mexico, it was hard for Mayer and his family not to get emotional.

“I really didn’t know until like the last 45 seconds, the pick before,” Mayer admitted. “I tried to hold my own and tried not to cry but the tears came pouring down.”

“I believe it was after the first pick that we got a call from his advisor and he said that they had an agreement with Boston,” Mayer’s dad Enrique said. “I talked to Marcelo, Marcelo said he was really happy with that and so then we had to wait for the second and third picks to go through and those were like the longest ten minutes of our life right there, just waiting.”

Mayer told us he chose not to go to Colorado because he preferred to experience the big moment with his friends and family right here in Chula Vista – a moment, he won’t forget.

“It means everything for us, for my family to sacrifice so much for me to be here in this situation and just to share it with them is incredible,” Mayer said.

Mayer’s dad admits while he used to be a Yankees fan, he’s all about the Red Sox now. Mayer agreeing, says they’re all Boston fans now.