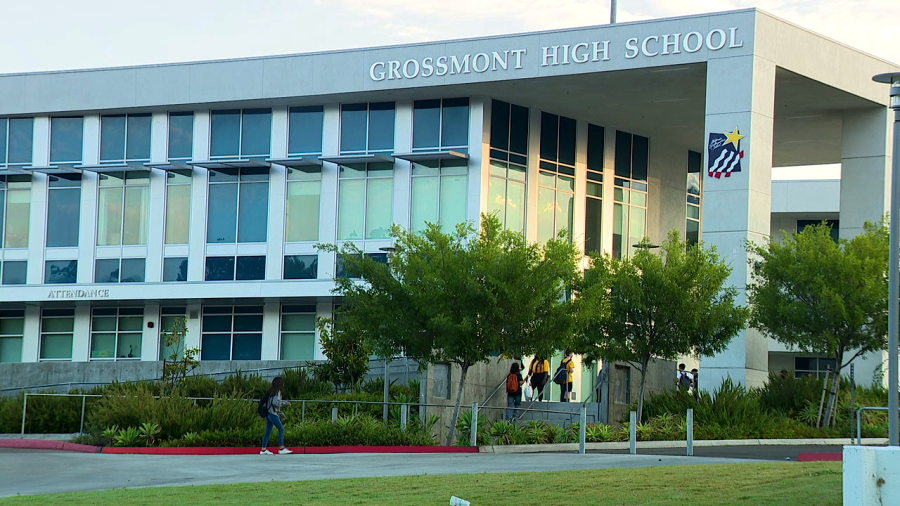 EL CAJON, Calif. – A Grossmont Union High School District campus supervisor was placed on paid administrative leave while the district investigates his conduct in breaking up a fight between two students this week at Valhalla High School.

The altercation took place Tuesday during lunchtime on the campus of the high school in El Cajon, district Superintendent Theresa Kemper said in a video released Thursday.

Kemper said staff intervened to break up the fight and additional law enforcement were called in to “calm the situation” as the incident drew a crowd of onlooking students.

In a letter also released Thursday, the district said it is aware of images of the altercation circulating on social media.

“Some students and staff are still feeling the effects of what happened on Tuesday. In light of the events that have taken place in America in the last two years, it’s completely understandable that students and members of our school community are upset,” Kemper said.

Kemper encouraged families to take advantage of mental health and counseling resources available on campus. She promised transparency in the investigation but noted specifics could be sparse as the probe moves forward.

“The district is working with the Valhalla administration to investigate the incident and whatever the results are, we will respond appropriately,” Kemper said.

Consequences for misconduct can include dismissal, according to the district.