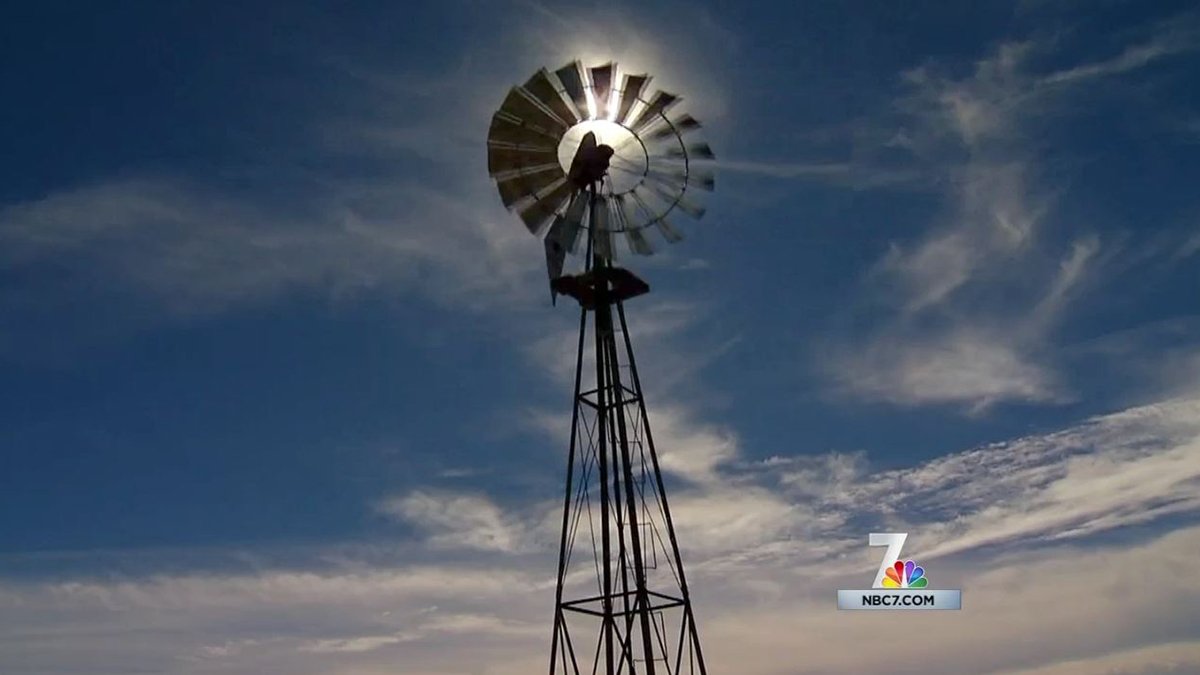 East winds are predicted to drop off on Monday, but it will be very dry and a little warmer, forecasters said. Cooler, onshore flow returns Tuesday.

A wind advisory for many areas of Southern California will be in effect through 3 a.m. Monday to account for the gusty east winds, and includes portions of San Diego County.

More widespread warming was predicted for Monday and Tuesday as an upper-level ridge moves over and weaker offshore flow prevails, forecasters said.

The NWS cited the potential for a storm system to move across Southern California on Wednesday night. Precipitation associated with this storm could break out as early as Wednesday afternoon and continue into Thursday.

“Showers could begin as early as Wednesday afternoon, though that appears to be one of the less likely scenarios,” the NWS said. “Based on current data, the best chance of precipitation would be Wednesday evening through Thursday morning, with a few showers possibly lasting into Thursday afternoon.”

“Rainfall amounts still look to be on the lower side, around 0.10-0.25” for the coasts and valleys,” forecasters said. “Mountains could see around 0.25-0.50” with southwest facing slopes being favored.”

The storm system will move rapidly east on Thursday, setting up a fair and warmer end to the week, the NWS said.