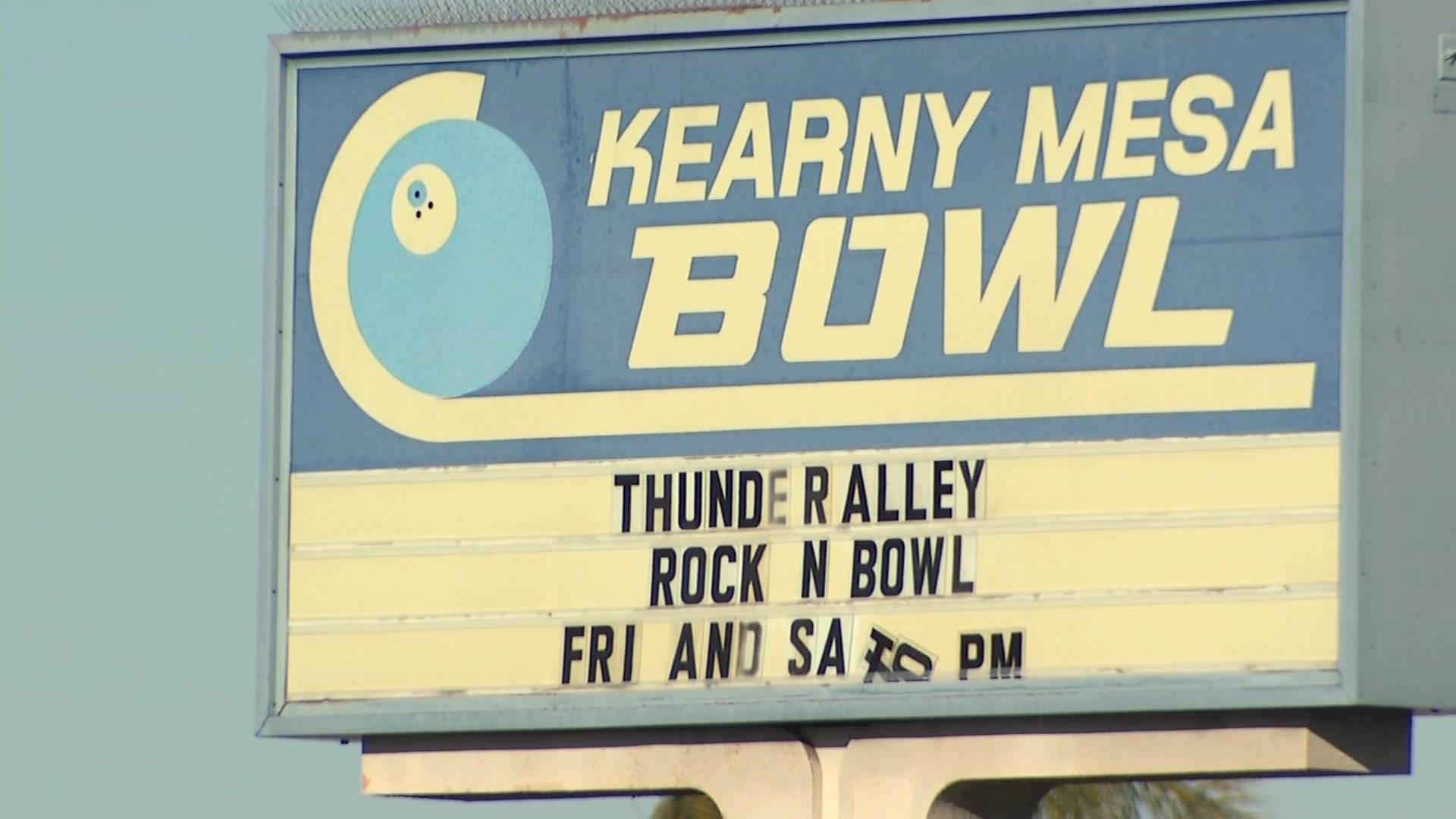 Overwhelmed by emotion, manager Johnny Humble was near tears reflecting on his 27-year-career at Kearny Mesa Bowl.

In what Humble called an agonizing statement posted online Monday, he wrote the bowling alley “will not be reopening.”

It was a heartbreaking decision, especially because of the impact it had on all 80 of his employees and the connection they share, Humble said.

“The girl Melanie sitting over here,” Humble said motioning to the side, “She was,  her mother, was a waitress here. And she was inside her mom’s stomach when she was here. And now she’s worked here and I can say the same thing with her sister. I mean, I knew them since before they were born.”

The strain of the pandemic is one of the factors that led Poway Fun Bowl to permanently shutter. NBC 7’s Claudette Stefanian speaks to the operator of the bowling alley about the pandemic’s impact on the industry.

Kearny Mesa Bowl’s closure comes on the heels of its sister alley, Mira Mesa Lanes, shutting down in January. Both casualties, in part, due to the economic shackles brought on by the pandemic.

Bowling alleys haven’t been allowed to reopen since being shutdown again last June.

“Nobody can withstand that. We’ve pleaded. We’ve asked and gotten no response, no reply other than just shut up and sit down and follow the science. Well, now I have 80 employees that don’t have a job. I’ve got thousands of bowlers that don’t have a home to bowl in. Other than that, I’m great. That’s what I got,” said Humble.

Ben Canfield bought his first bowling ball from the pro shop at Kearny Mesa Bowl  where he often practiced.

Competitive bowlers in the San Diego area are pleading to reopen bowling alleys, saying bowling can be done at limited capacity, while maintaining physical distance. NBC 7’s Lauren Coronado spoke with one family leading the charge.

It’s where the Serra Mesa native caught the bowling bug while in high school more than a decade ago.

He showed us a picture he snapped with pro bowler Rhino Page during the annual Christmas Doubles Tournament at the alley.

The friendly competitions helped fuel Canfield’s passion for the sport.

Canfield went on to compete on the collegiate and pro levels, and now, at 27, he’s working as head coach of the bowling team for Grand Canyon University.

“Without Kearny Mesa Bowl and the support they gave me, you know, I would probably be on a completely different path of life,” said Canfield.

With so many alleys shutting down, Canfield and Humble now wonder if a younger generation of San Diegans will be able to fall in love with the sport that’s shown previous generations so much love.

Humble said there’s going to be an auction to sell off all the equipment at Kearny Mesa Bowl.

And though Mira Mesa Lanes is closed, the person running an online fundraiser for the businesses wrote they’ve caught the attention of a possible new owner.

When we contacted her, she declined to comment citing worry it could jeopardize any potential deal. NBC 7’s calls to the owners weren’t returned.

Unfortunately, the Kearny Mesa and Mira Mesa bowling alleys weren’t the first alleys in the county to shut their doors. Poway Fun Bowl announced in Early February that it was closing down. The alley’s general manager told NBC 7 the pandemic dealt too big of a blow to the bowling alley — one that there’s simply no coming back from.