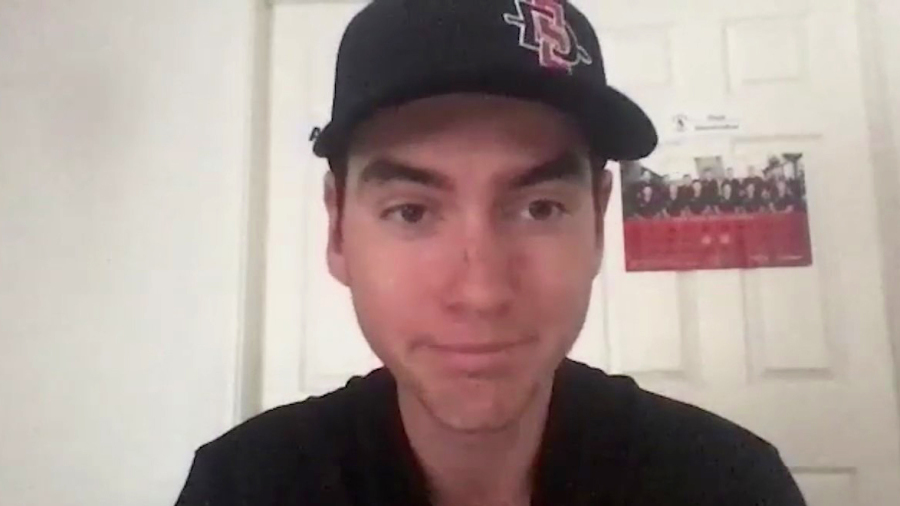 SAN DIEGO – More than three years removed from La Jolla High School, San Diego State junior golfer Youssef Guezzale is coming into his own on the golf course, already being named the Mountain West Conference Player of the Week.

“I just kept telling myself, there’s birdies out here — just gotta keep grinding,” said Guezzale, who knocked down three birdies on the back nine to propel the Aztecs to a team win last month at the Southwestern Invitational.

“I was hitting the ball good, putting good, and I knew if I just kept giving myself chances it’s going to go in eventually,” he said.

The win not only vaulted San Diego State into a national spotlight, the team currently sits at No. 9 overall in the Top 25.

“Like I said in the slogan – why not us?” Aztecs men’s golf head coach Ryan Donovan said. “I think it becomes just a mentality at this point. We’re talented enough, we’re deep enough, we’re experienced enough and now we just have to stay in the moment one tournament at a time.”

Guezzale learned how to golf at age 8 and since started modeling his playing style after another SDSU product in Xander Schauffele. The duo shares the same putting coach, Derek Uyeda.

For more on Guezzale, click on the video above.