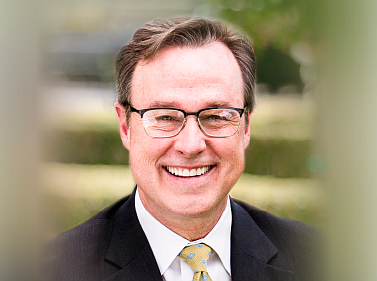 As months go, March has earned quite a reputation. Astronomically speaking, March delivers perfect equality between opposites, night and day, through the vernal equinox. Meteorologically speaking, March emotes unlike any other month, capable of baring its icy teeth with unpredictable winter fury then easing into the welcoming softness of spring.

Historically speaking, the “in like a lion and out like a lamb” metaphor characterizes March in ways that have nothing to do with the weather. Lamb-like examples of historical milestones in March include the establishment of the Peace Corps in 1961. In March, millions around the world happily raise a toast to honor St. Patrick’s Day, while hoops fans turn inexplicably mad with joy (until their team loses). Among March’s more well-known lion-like historical events occurred on March 15th in 44 B.C. after Roman dictator Julius Caesar failed to heed the warning “beware the ides of March” and his trusted friend Brutus dispatched him on the floor of the Roman senate

This March marked a full twelve months since the first case of the Corona virus was identified in the United States. In an ironic twist, it was March of 1918 when the first cases of the so-called Spanish flu hit the U.S., killing nearly 700,000 citizens by the summer of 1919. According to the CDC, factors contributing to the 1918 pandemic included a lack of diagnostic testing, limited availability of intensive care support, close human contact and the lack of coordinated pandemic planning across national, state and local authorities. Sounds familiar… viruses clearly learn to adapt more efficiently than humans.

March is also notable because it’s the month Congress declared to be “Women’s History Month” back in 1987, commemorating the vital role women have played in the history of our democracy. Examples of incredible women born in March who have shaped our nation include famed abolitionist Harriet Tubman, R-E-S-P-E-C-T’ed music icon Aretha Franklin, conservative and liberal supreme court associate justices Sandra Day O’Connor and Ruth Bader Ginsburg. Everyday women heroes abound, like “the Queen of Rutger Street” – my own mother. Born in March 1930 as the Great Depression tightened its chokehold, she earned her nick name by beating up the boys who bullied her girlfriends in her dirt-poor south St. Louis neighborhood.

Unlike March’s vernal equinox that guarantees perfect equality, the differences between the treatment of men and women in business are as stark as night and day. The Harvard Business Review published the results of a study in 2019 that affirmed what researchers have known for years – that women are better leaders than men. Authors Jack Zenger and Joseph Folkman analyzed thousands of 360-degree assessments and found that women outscored men on 17 of 19 capabilities that characterize excellent leaders, including taking initiative, acting with resilience and displaying high integrity and honesty.

Like all aspects of life, the global pandemic changed everything. So, a question might be: how would women leaders handle such cataclysmic change? The authors of that same HBR article followed up their ongoing research with a study of what some have called the “glass cliff.” The term is derived from the glass ceiling that describes the invisible barrier to advancement that women often face. The “glass cliff” refers to the phenomenon of handing female leaders the reins of a company when it’s in trouble. The authors’ latest research indicated that women a more effective than men at overcoming a crisis. Other studies specific to the Covid-19 crisis showed that countries led by women, as well as states in the U.S. with female governors, have performed better than their male counterparts in handling the pandemic.

Next March will mark fifty years since the original Equal Rights Amendment to the U.S. constitution was passed seeking to guarantee equal rights to all Americans regardless of sex. The ERA hasn’t been ratified because the required three-fourths of state legislatures have yet to approve it as an amendment to the constitution. Maybe a global pandemic is a big enough crisis for the Fortune 500 CEO’s, 95% of whom are men, to channel their considerable power and pressure Congress, 73% of whom are men, to guarantee women equal rights. As Franklin D. Roosevelt said back in March of 1933, the only thing to fear is fear itself. After all, it’s not like today’s United States Congress is as brutal as the senate of ancient Roman times, right?