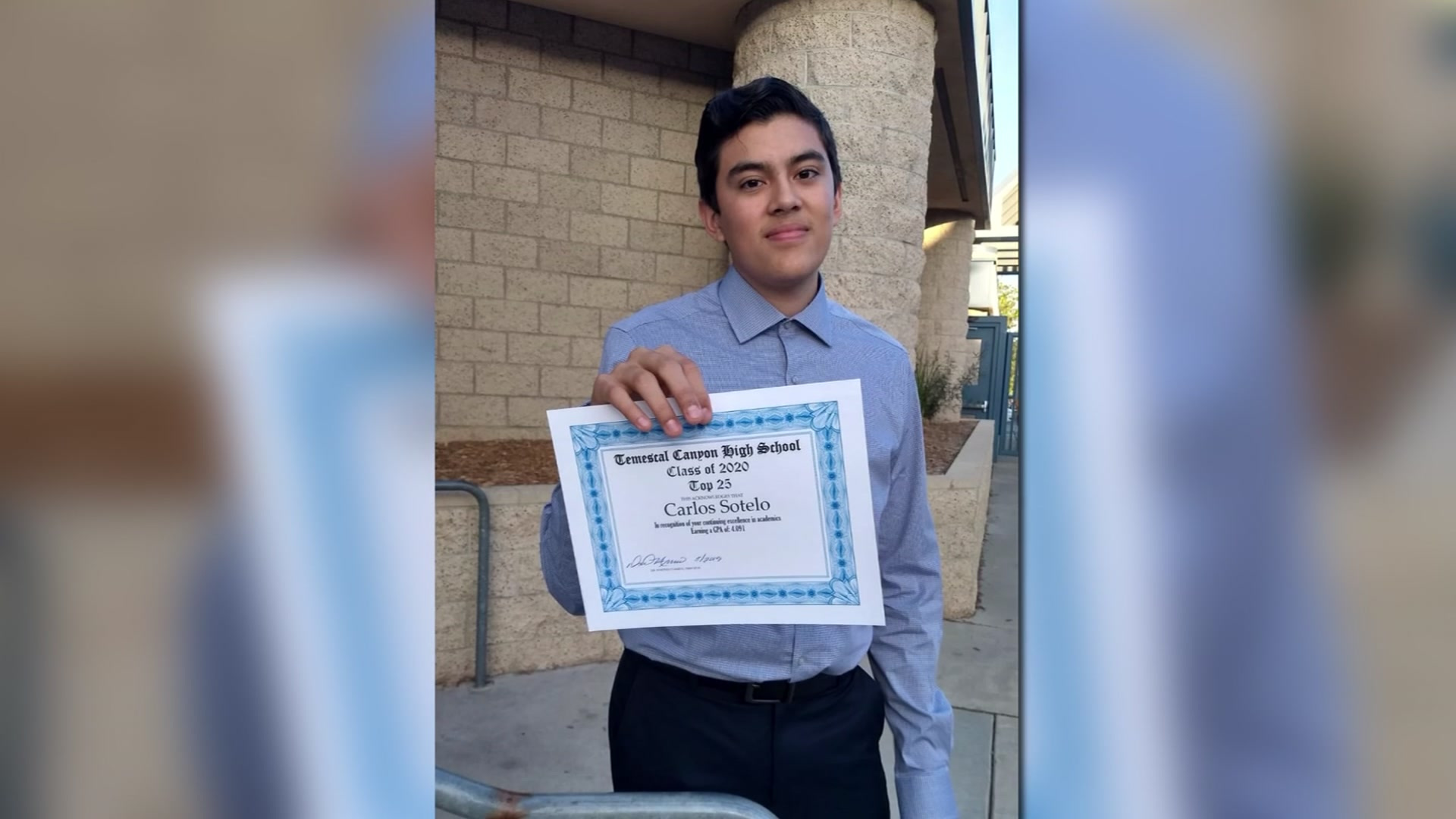 Loving, caring and humble. That’s how family and friends describe Carlos Sotelo, the UC San Diego freshman who was hit by a car and killed while skateboarding on campus.

Mabel Sotelo, Carlos Sotelo’s mother, said she wishes she could have acted on her intuition to save her son from tragedy.

“Ohhh, yes! Yes! I always had a bad feeling about [the skateboard,” Mabel Sotelo said.

Carlos Sotelo was killed Friday night at around 11:30 p.m. while on his skateboard. Police say he was going down a steep hill on Voight Drive when he crashed and was run over by a car.

His brother Miguel said it was “the worst moment of my life. I was screaming. I was just on the floor in a ball.”

Focusing on all the brightness of her son’s life, Mabel Sotelo remembers her son for his generosity and kindness. The family has a memorial in their living room full of photos of their most joyous moments with Carlos.

“This is when he graduated and I was just playing with him and I put his robe on. I was so happy,” Mabel Sotelo said, pointing to one of her favorites.

“Love! Love! That’s all. Everything that required love and patience, joy — a funny person but on top of everything he was smart. He was a giver,” she said.

His mother always had her concerns about him riding a skateboard.

His family called him wise beyond his years. Carlos Sotelo graduated with more than a 4.0 GPA from Temescal Canyon High School.

Since he’s always been mathematically inclined and handy, his mom said he decided to get an electrical engineering degree from UC San Diego. His smarts were an inspiration to his brother Miguel, who is six years older.

“He was 100 times smarter than me. Watching him do so well, it made me want to try again and go back to school, which I did,” Miguel Sotelo said.

Carlos Sotelo had recently started working at Foodworx on campus, which is no surprise to his family. That’s because since the age of 5, Carols Sotelo has been the top chef in their household.

“Around the time Popeyes was doing their fried chicken sandwich, he made his own and it was better than all of them. Anything he did, it was always phenomenal,”

The Vice Chancellor of Student Affairs at UC San Diego said Carlos Sotelo was an active member in the Student Success Coaching Program.

The Sotelo family has created a GoFundMe page.