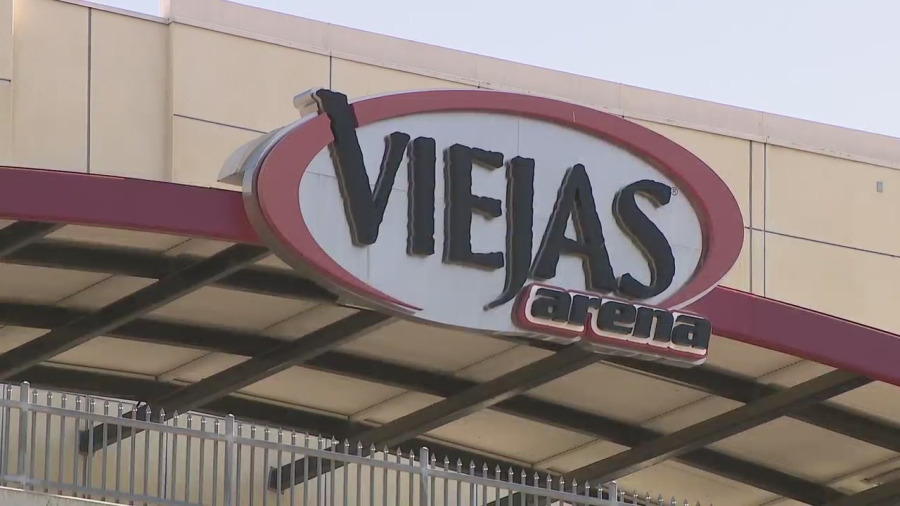 Through a partnership between SDSU and the county, Viejas Arena will be open Tuesdays through Saturdays, 9:30 a.m. to 3:30 p.m. Appointment availability depends on vaccine supply, which remains limited across the state and nation.

“SDSU and the County of San Diego have a long-standing and strong partnership working together to address pressing public health issues in our region,” SDSU President Adela de la Torre said. “Our teams are both attentive to the need to expand vaccine access, and Viejas Arena is a convenient location for both our campus and the public.”

Ten percent of appointments will be set aside for people in San Diego’s hardest-hit communities, County Board of Supervisors Chairman Nathan Fletcher. Two hundred vaccines will be given out per day initially with 750 inoculations per day expected as more vaccine becomes available.

Eventually, the site will be able deliver 1,500 shots a day, by appointment.

“The county’s long public health partnership with SDSU expanded in May 2020 to use community health workers trained by the university’s public health department to help reach our most vulnerable population,” he said. “The opening of a robust vaccination site at this well-known location offers an important expansion of our equity-focused outreach into the nearby historically underserved communities.”

The new vaccination site at Viejas Arena is located at 5500 Campanile Drive.

More than 1.5 million COVID-19 vaccine doses have been delivered to the region, and more than 1.4 million have been logged as administered. That number includes both county residents and those who work in San Diego County.

The latest statistics from the county Monday brought the cumulative number of coronavirus cases to 267,917. No deaths were reported Monday and the death count remained 3,494.

The number of hospitalizations dropped to 226 from Sunday’s 249. Of those, 84 were in intensive care units, a drop of nine from Sunday’s 93.

Meanwhile, the county’s first and largest vaccination super site at Petco Park, which administered more than 200,000 Moderna vaccines, closed this weekend in preparation for the San Diego Padres opening day.

The Petco Park site had closed multiple times due to lack of vaccines, but with the Padres preparing for opening day, its final closure was inevitable.

The county, the city, UC San Diego and the Padres opened the superstation on Jan. 11. Five other superstations are operating in La Jolla, Chula Vista, La Mesa, San Marcos and Del Mar, even as the last one faces supply issues of its own.

Scripps Health, which runs the Del Mar site, announced Friday the super station will be closed on March 27 and 28, due to the low number of COVID- 19 vaccine doses delivered.

Patients who have appointments scheduled for those days will be rescheduled automatically through the MyTurn online appointment system.

Fletcher said more vaccines are on the way — 10% more this week than last week, in this case — but that the supply still is not keeping up with demand. Nevertheless, the 30 vaccinations sites in the county had room to expand.

Fletcher said the county would like to cooperate with UCSD on vaccine sites in the future, indicating a future one is expected at the San Diego Convention Center once the supply of vaccines increases and occupancy at the other several dozen sites begins to fill.