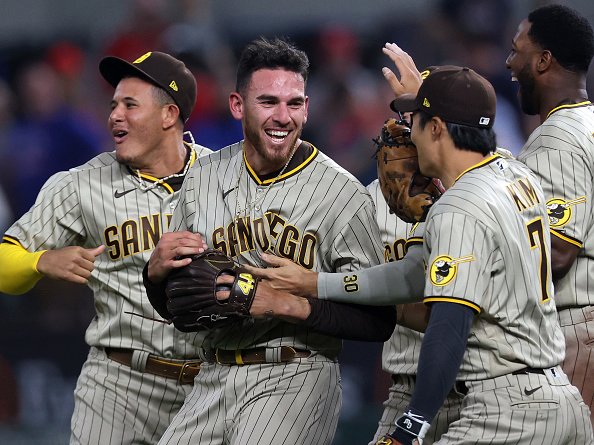 After 8,206 games, the San Diego Padres finally have a no-hitter.

Starting pitcher Joe Musgrove threw the first no-hitter in franchise history Friday night during a win over the Texas Rangers.

Musgrove, who was born in El Cajon and attended Grossmont High School, pitched 9 innings, with 10 strikeouts and 0 hits.

When the 27th out was recorded, Padres Twitter went nuts for the hometown kid.

Musgrove retired the first 10 batters he faced before hitting Joey Gallo with a pitch.

The San Diego Padres began playing Major League Baseball in 1969 and never thrown a no-hitter until tonight. Now all the Padres have to do is win their first World Series.

Here are some more awesome tweets from the night.