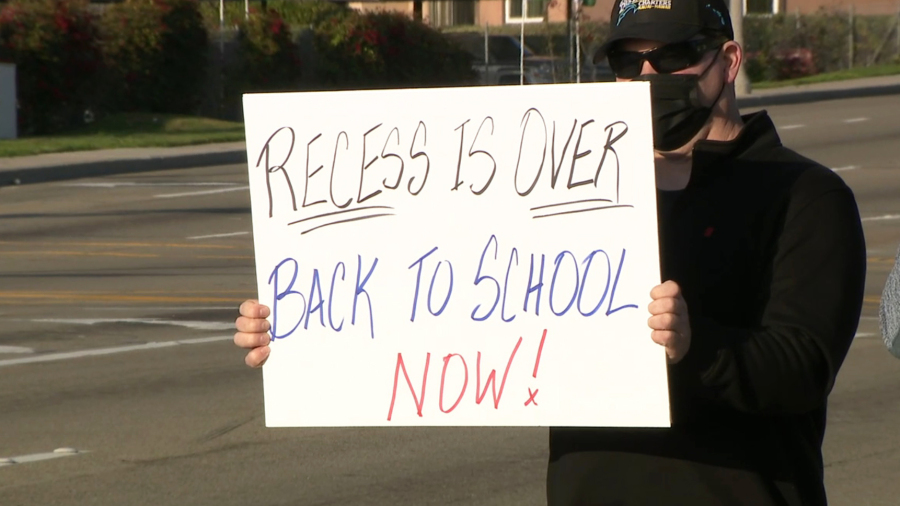 OCEANSIDE, Calif. – The Oceanside Unified School District Board of Education on Tuesday night voted unanimously to send elementary students back to campuses next month.

The school board also said it will begin working to consider a plan for special education students at the middle and high school levels to get back on campus as well.

In-person learning was suspended by district leaders in December after a statewide stay-at-home order was put into place by California public health officials.

Some parents in the district called the move a good start with supporters of the decision heard Tuesday during the meeting and at a rally held in the afternoon.

“I have spoken many times about your inability to put our kids first and do the right thing and you seem to ignore the science you say you are following,” Aimee Palmer said. “Here I am, once again, to plead for my kids’ rights to attend free and equitable public schooling.”

No parents spoke out against in-person learning during the virtual board meeting.

But the president of the Oceanside Teachers Association, who spoke during public comment, urged the board to return to campus only when it is safe to do so.

“It’s really important to know that OUSD and OTA have been working together to make things safe for our students, our staff, and our families,” Jennifer Skellett said. “We think the next step for a return should be prioritizing vaccine distribution for teachers and school site workers.”