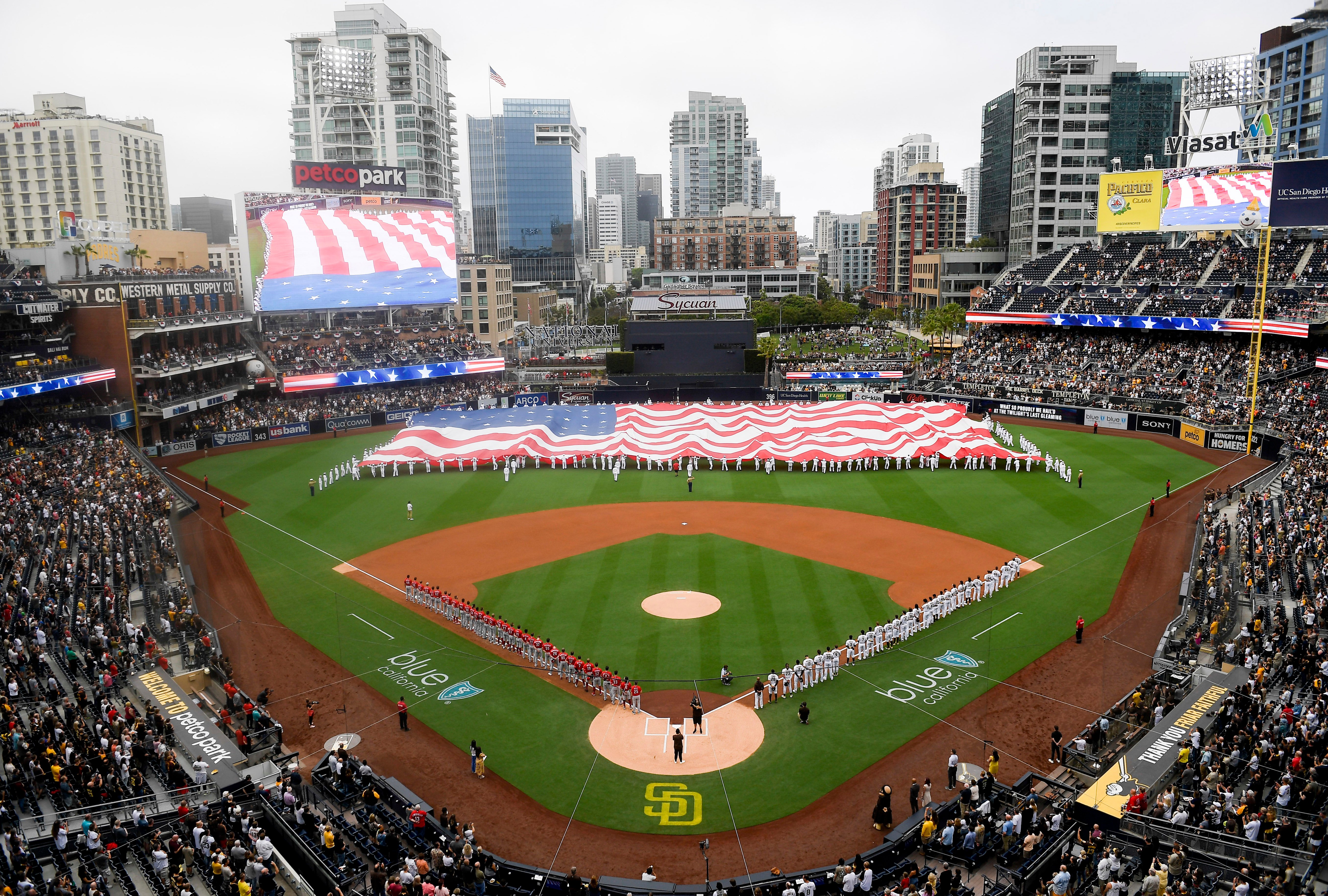 For the first time since September 26, 2019 the Padres got to play before a full capacity crowd at Petco Park.

The perfect formula for this return to 40,000-plus would be San Diego native Joe Musgrove making a great start and adopted San Diegan Fernando Tatis Jr. hitting another home run. Oh, and having the Padres win the game.

Done, done, and done, thanks to two more guys who probably won’t have to buy their own meal in the East Village this weekend.

Musgrove tossed 7.0 innings of shutout ball and Tatis tied Vladimir Guerrero Jr. for the Major League lead with his 22nd home run of the year but the real heroics came late from Eric Hosmer and Victor Caratini in a 6-4 walkoff win over the Cincinnati Reds.

No-no Joe only allowed four hits but for five innings was actually outpitched by Cincy starter Wade Miley. The lefty took a no-hitter into the 6th inning.

He lost the no-no and the shutout in one swing.

Tatis Jr. pounded the first pitch he saw over the left-centerfield wall, sending a crowd that was waiting to explode into a frenzy. In the 7th inning Miley allowed his 2nd hit of the night and it also left the yard. Manny Machado smoked a solo shot into the upper deck in left to give San Diego a 2-0 lead. Miley had only allowed three home runs all season and not a single one in his previous six starts.

Emilio Pagan tossed a scoreless 8th and closer Mark Melancon had a two-run lead to work with.

The Reds put runners and 2nd and 3rd with one out then scored their first run on an RBI groundout by Kyle Farmer and the Reds had the tying run at 3rd base with two outs. Melancon got within one strike of ending it but couldn’t put away Tyler Stephenson, who lined a single to center to tie it 2-2.

Then it got really bad.

Jonathan India hit a 2-run homer just over the wall in left field, prompting manager Jayce Tingler to pull Melancon, who saw his ERA triple from 0.64 to 1.86 in this one appearance.

BUT … if we’ve learned anything about this Padres team while we couldn’t all watch them together, it’s that they’re never out of a ballgame. Especially against a Reds bullpen that came into the night with the worst bullpen ERA in the big leagues.

Manny Machado walked and Eric Hosmer hit a missile into the right field seats off Ryan Hendrix to tie it 4-4. Henrix left, Amri Garrett entered. The results did not change.

Jake Cronenworth singled and if Petco Park had been built with a roof, Victor Caratini would have blown that thing right off.

The catcher hit a majestic 2-run homer to left and 40,362 of the Friar Faithful went ballistic. It was just the kind of cathartic moment that San Diegans have been looking for, a chance to exult together after a year and a half of being apart.