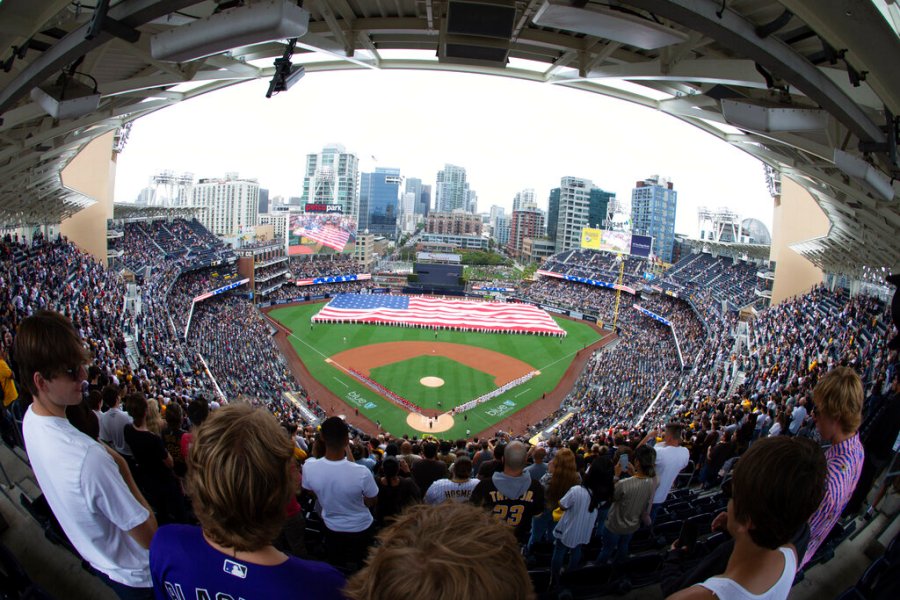 SAN DIEGO (CNS) – The San Diego Padres and Cincinnati Reds will welcome sailors from their namesake ships — USS San Diego and USS Cincinnati — to Petco Park Sunday as the Padres conduct their first Military Sunday with recruits in the stands since 2019.

There will be 245 recruits along with 10 instructors from Mike Company, 3rd Recruit Training Battalion from Marine Corps Recruit Depot, San Diego attending the game.

Pregame ceremonies will include an approximately 15-member Navy Leap Frogs parachute team descending to the field and a flyover by a C-17A military transport aircraft from March Air Reserve Base.

As with every Sunday home game, the Padres will wear their camouflage jerseys.

All veterans, active duty military members and their families can purchase tickets at a 25% discount at www.padres.com/military.

The USS San Diego is an amphibious transport dock ship. The USS Cincinnati is an Independence-variant littoral combat ship. Both ships are homeported in San Diego.

Major League Baseball will continue its Father’s Day tradition of raising awareness about prostate cancer and supporting both the Prostate Cancer Foundation and Stand Up To Cancer in their pursuit to fight the disease at all its games Sunday.

During Father’s Day games, players and on-field personnel will wear the symbolic blue ribbon on their uniforms along with blue wristbands. Commemorative base jewels and dugout lineup cards will also be blue.

Players will also wear specially designed caps to raise awareness and funds for the fight against prostate cancer.  The caps will feature blue team logos along with the symbolic MLB blue ribbon.

MLB will again donate all of its royalties from the sales of specialty caps and apparel emblazoned with the symbolic blue ribbon to the Prostate Cancer Foundation and Stand Up To Cancer.

Players and all on-field personnel have worn blue ribbons and sported blue wristbands on Father’s Day since 1996.