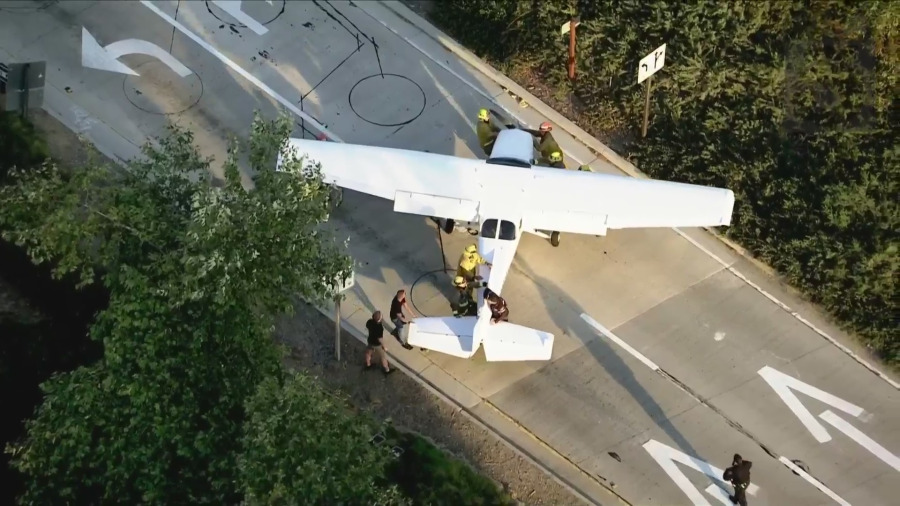 A small passenger plane made an emergency landing Monday on the southbound 101 Freeway in Agoura Hills, officials said.

The Los Angeles County Fire Department received a call at about 7 p.m. that a small, single-engine Cessna 150 plane had landed on the 101 Freeway just north of Lindero Canyon Road, a spokesman with the agency said.

The emergency landing came as a result of engine problems, the Upland Police Department said.

The plane landed safely and no major injuries were reported. The pilot was treated at the scene for minor injuries and released, Upland Police said.

Further information on the number of passengers was not immediately available.

The landing prompted the closure of the southbound 101 Freeway at the Reyes Adobe off-ramp, according to the Los Angeles County Sheriff’s Department.

The plane was eventually pushed off the freeway at Reyes Adobe Road, LACoFD said.


More US citizens apprehended for moving drugs over border

The California Highway Patrol was handling the incident and the National Transportation Safety Board was responding to the scene to investigate.