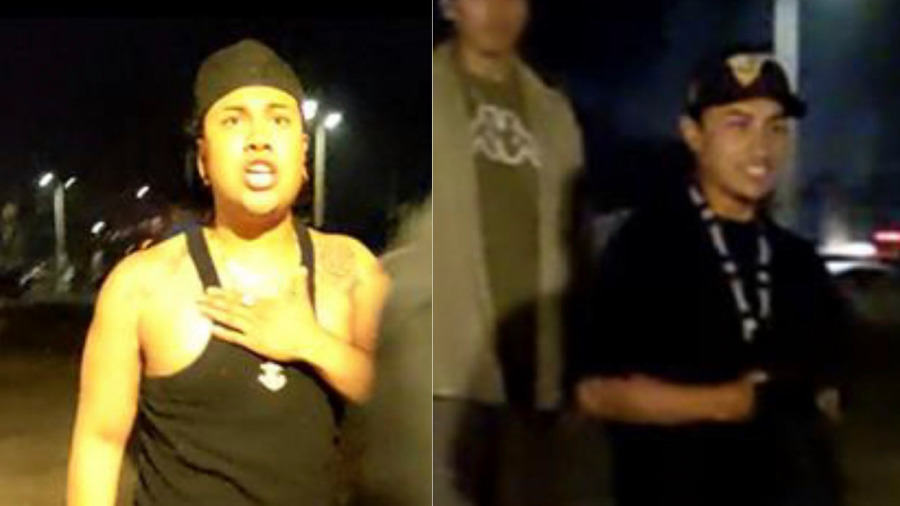 The woman was attending a bonfire with a group of friends near the 3000 block of Mission Boulevard just before 11:40 p.m. Monday when a group of young men approached her, according to a San Diego Police Department statement.

An unknown member of the group yelled slurs at the woman and her group before one of the men threw a filled beer can at her, striking her in the left eye.

A second man pulled out a black “Glock-style” handgun and pointed it at the head of a 30-year-old man who was in the woman’s group.

The woman suffered a bruise to her eye, while the man in her group was uninjured.

The group of men left the area and were last seen possibly getting into a black sedan, according to police.

The suspect who threw the beer can was described as a Hispanic man between 25- to 30-years-old with rose or leaf tattoos on his chest. He was last seen wearing a black tank top, ripped black jeans, an anchor pendant chain, black shoes and black baseball cap.

The suspect with the gun was described as a Hispanic man between 18- and 25-years old with a thin build. He last was seen wearing a black oversized T-shirt, camouflage shorts, a black baseball cap, white socks, black shoes and a black and white lanyard around his neck.

Crime Stoppers is offering up to a $1,000 reward to anyone with information that leads to an arrest in the case.