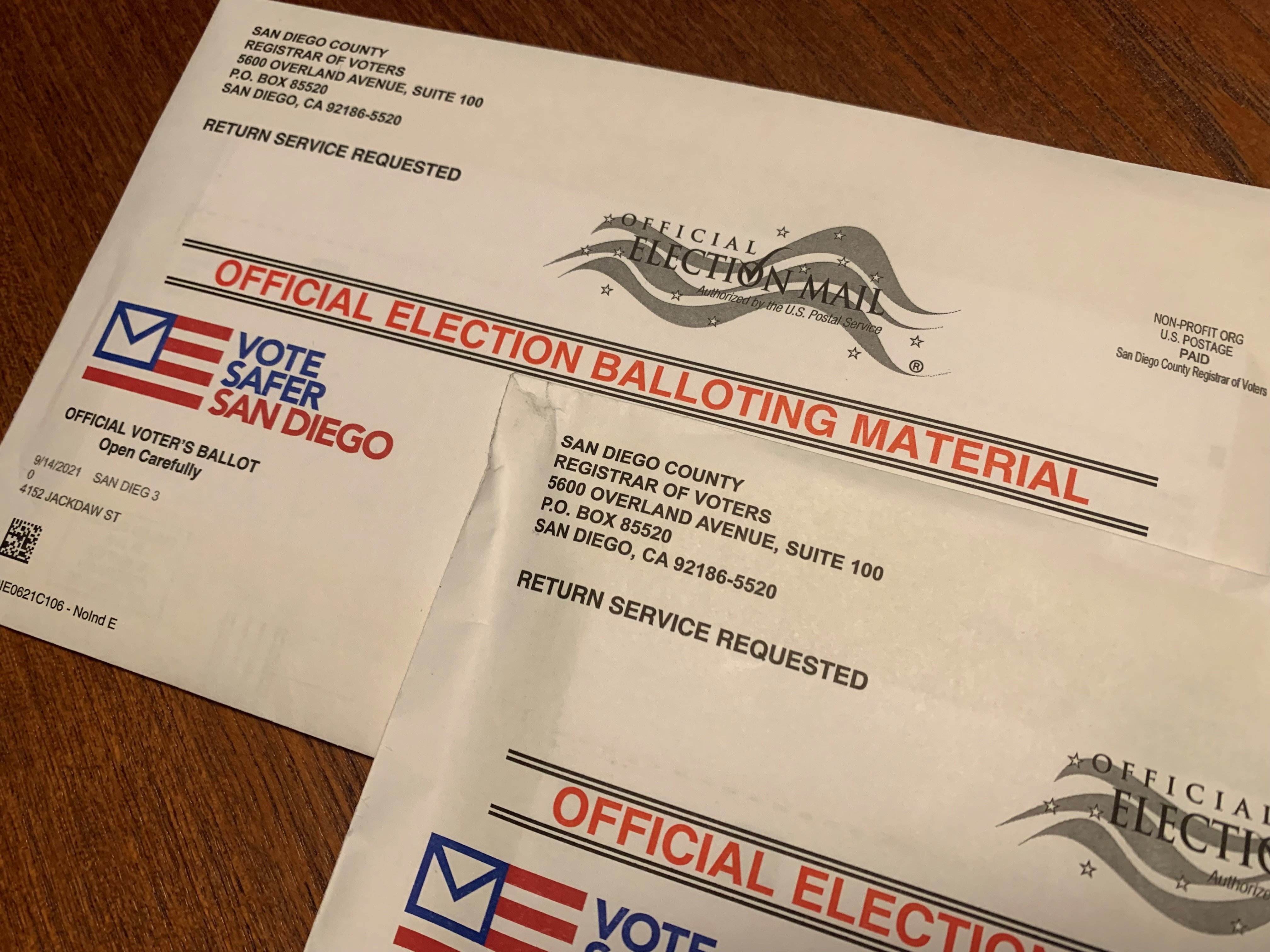 More than 1.9 million ballots for the Sept. 14 gubernatorial recall election will begin arriving as early Monday in the mailboxes of San Diego County registered voters.

Early voting is underway at the Registrar of Voters office in Kearny Mesa on weekdays between the hours of 8 a.m. and 5 p.m., but the registrar urges residents to take advantage of the convenience of voting by mail.

“We encourage voters to act early and vote from the comfort of their home,” said Interim Registrar of Voters Cynthia Paes. “Sign, seal and return your mail ballot to a trusted source. The sooner we receive your ballot, the sooner we can start processing it so it will be counted right when the polls close at 8 p.m. on election night.”

Early voting is officially underway for the election recall against Gov. Gavin Newsom and some San Diegans have trickled in to cast their ballots. NBC 7’s Audra Stafford speaks to some voters.

Voters can return marked ballots in the pre-paid postage envelope that accompanied their ballots to any U.S. Postal Service office or collection box. Anyone who returns their mail ballot through the U.S. Postal Service can track it by signing up online for “Where’s My Ballot?”

Starting Tuesday, voters will also have the option of dropping off ballots at one of 131 mail ballot drop-off locations around the county.

For this election, all in-person voters will vote using a ballot marking device that does not store, tabulate or count any votes. After the voter confirms their selection on the device, he or she will print their ballot, review it and place it in the ballot box to be counted at the registrar’s office on election night.

The recall process allows voters to decide whether to remove elected public officials from office before their term is over. California is one of 19 states that allows any elected official to be recalled from office.

Voters can vote on either one or both parts of the recall ballot. If more than 50% of voters vote to recall Newsom, then the replacement candidate with the most votes would be elected.