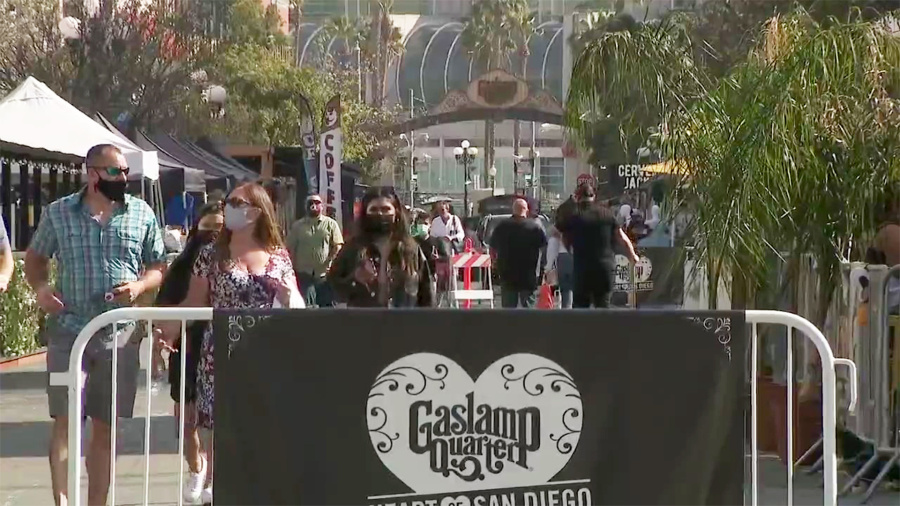 SAN DIEGO — Bars and restaurants are under looser restrictions in the orange tier, and people were taking advantage of the changes in the Gaslamp District Saturday.

“Honestly think it’s pretty amazing,” customer Estevan Sanchez said. “It’s been a while since we all have been out and about. I think we’re all really eager to just be like co-existing with one another.”

More customers were eating indoors and outdoors at restaurants across the county during the first weekend under relaxed restrictions. In the orange tier, restaurants can operate at 50% capacity or 200 customers, whichever is fewer. Bars without food service are now able to operate outdoors.

“Even Thursday night, we’ve been busy until one in the morning too, so it’s been great,” Whiskey Girl Manager Jake Southworth said. “It’s been getting closer, closer to back to normal.”

Southworth said with the return of the crowds and excitement, he’s feeling optimistic after a tough year.

“Opening and closing, and having staff come and go, and not being really able to have an idea to prepare for every time that it reopens,” he said of the challenges. “It’s been difficult the whole time.”

A 10 p.m. curfew for restaurants, bars, breweries, distilleries and wineries that was in place since July was also lifted with the move to the orange tier.

“Being able to be open for those extra three hours is going to probably double our Fridays and Saturdays, so it’s awesome,” Southworth said.

Museums, zoos, aquariums, movie theaters and places of worship can now operate at 50% capacity indoors. Customers are still required to social distance and wear masks until they reach their tables.

“The doubts and the fear of being with each other after the pandemic, it’s obviously a factor, but I think if we practice safe social distancing,” Sanchez said. “I think, absolutely — why not?”

California health officials announced all state COVID-19 restrictions on businesses, gatherings and recreational activities could be lifted June 15 if vaccine supply is sufficient for residents 16 years and older and hospitalization rates are stable and low.