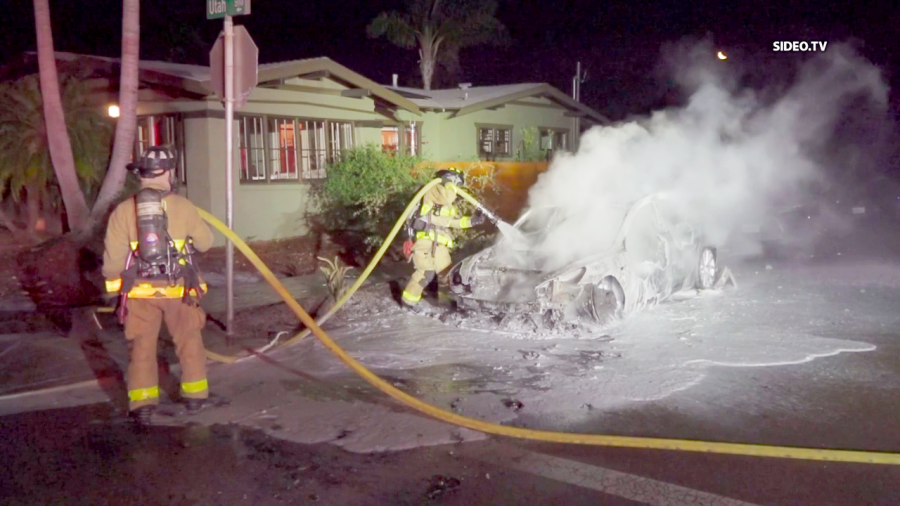 SAN DIEGO (CNS) – Police Tuesday said they were still searching for one or more arsonists who set at least four non-injury fires to cars and trash cans across North Park early Monday.


‘Should have gotten the damn vaccine:’ Father of 5 dies of COVID after visiting San Diego

It continued at Utah and Capps streets at 1:28 a.m., where a parked Tesla was set on fire and severely damaged.

At 1:30 a.m., the spree involved the North Park Library, where trash and debris next to the building were set on fire and damaged a stucco library wall.

The spree concluded around 3:30 a.m. outside 3681 Villa Terrace, where a trash can was set on fire next to an Audi and Tesla that were both damaged.

There are no known witnesses, he said.