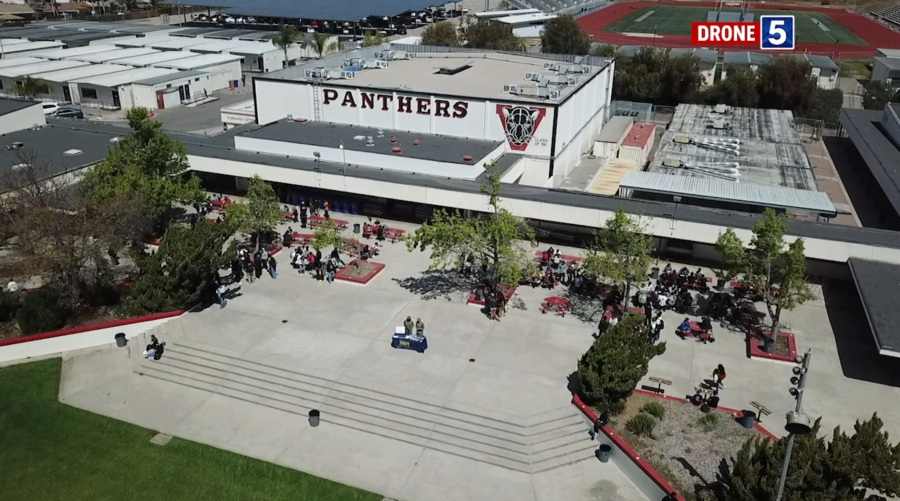 VISTA, Calif. – For the first time in more than a year, students can decide to return to the classroom full-time in the Vista Unified School District.

Roughly half of more than 2,200 students at Vista High School were back on campus Monday. The rest have opted to finish the year with distanced virtual learning, principal David Jaffe said.


What to expect when San Diego Unified schools reopen next week

The district’s board approved a plan last month to allow its secondary students the option of attending daily classes in-person, an option only the district’s elementary students had prior to the vote. Students and staff are required to follow safety protocols, including mandatory mask wearing, maintaining social distance, temperature checks and a combination of indoor and outdoor learning.

“What they’ve learned through all of this is that the worst can be thrown at you, but you’re going to get through it,” Jaffe said. “You’re going to work through it and I think our students have shown that.”

For those returning Monday morning, it’s back to the grind with classes starting at 9 a.m.

Senior Mateo Garcia said he already has a paper due on the George Orwell classic “1984.” He says he found the return “nostalgic” with it being his last year, but said it also was strange to be back.

After graduation in two months, he plans to apprentice as a plumber.

“I felt old like I don’t belong there to be honest with you,” Garcia said. “It just feels weird seeing everybody together close.”

Jaffe said most students appeared more than ready to be back in the classroom.


UCSD to resume in-person classes at normal occupancy this fall

“If you talk to them individually, many will tell you, ‘Yeah, it is what it is and we’re going to work through it,’” he said. “They’re resilient, all that they’ve shown and demonstrated and a toughness I see on a daily basis.

“To have them come back, I’m not surprised by it, but I am inspired by what I see.”