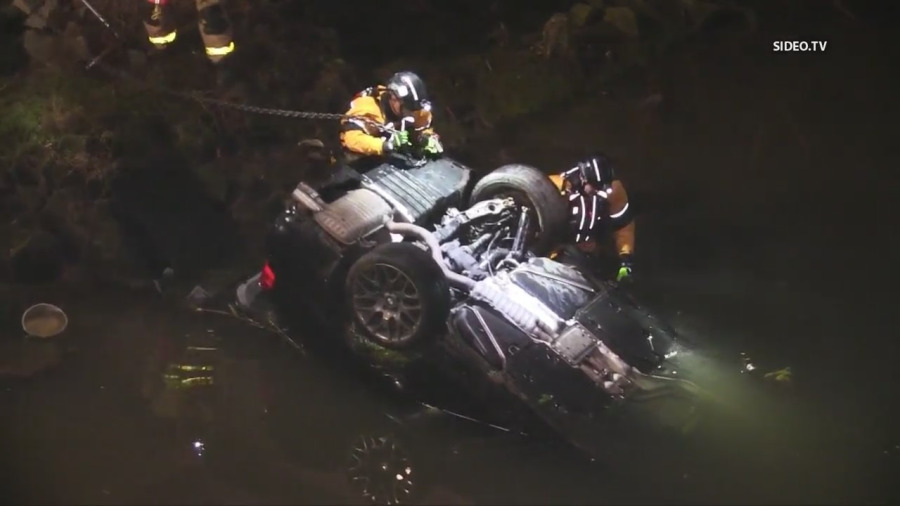 SAN DIEGO – A woman was rushed to the hospital Thursday night after her vehicle overturned into Tecolote Creek near Mission Bay, authorities said.

The incident was part of a two-car crash that was reported at 9:10 p.m. on I-5 near the Sea World Drive offramp. The woman had to be pulled out of the wreckage. She sustained life-threatening injuries in the crash, according to the San Diego Fire-Rescue Department.

The other driver involved in the crash was not injured.

Additional details were not immediately available.