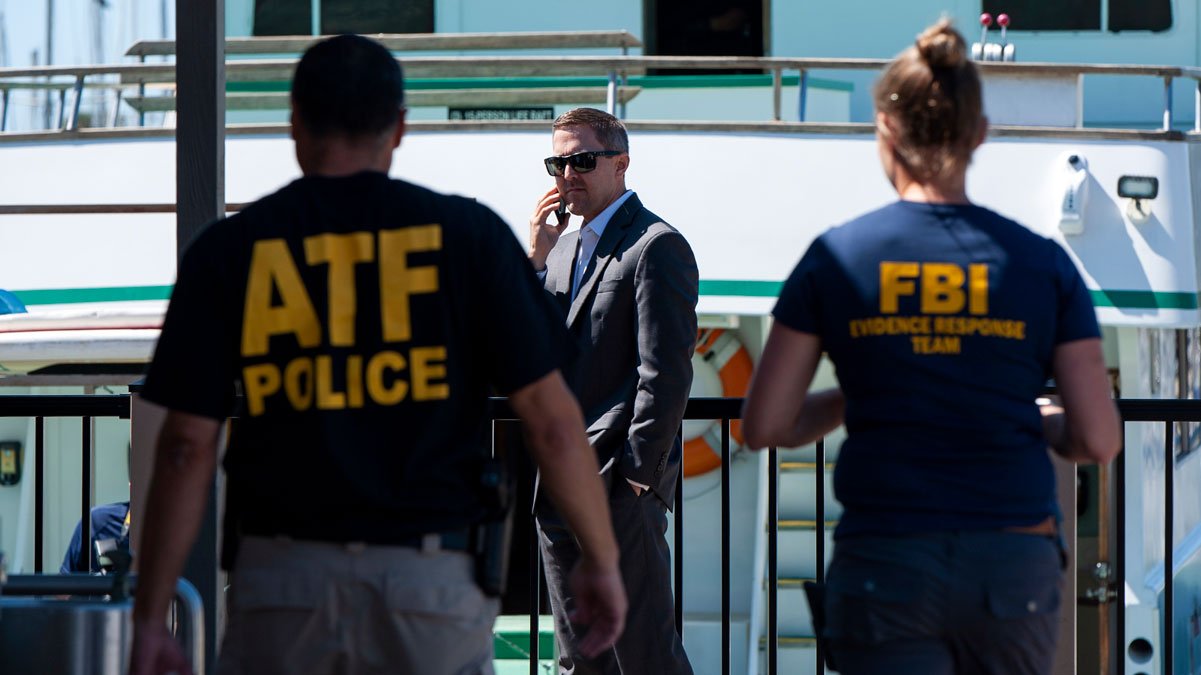 Family members of the 34 people killed in a fire aboard a scuba diving boat off the California coast two years ago have sued the U.S. Coast Guard for lax enforcement of safety regulations that they say doomed the passengers.

A lawyer who filed the wrongful death lawsuit late Wednesday in U.S. District Court in Los Angeles said the Coast Guard has repeatedly certified passenger boats that are fire traps.

Conception, the boat that caught fire on Labor Day, killing 34 people on board, was lifted out of the waters off the coast of California on Thursday.

“Had the Coast Guard properly inspected Conception, it never would have been certified, never set sail, and these 34 victims would not have lost their lives,” attorney Jeffrey Goodman said in a statement. “Sadly, certifying noncompliant vessels is commonplace at the Coast Guard. The time has come for the Coast Guard to be held accountable for its failures to protect those victims and prevent future maritime disasters on America’s waterways.”

The Conception caught fire hours before dawn on Sept. 2, 2019, killing all 33 passengers and one crew member who were sleeping below deck in a bunk room. It was one of the deadliest maritime disasters in recent U.S. history.

Capt. Jerry Boylan and four crew members who were asleep on the upper deck awoke to flames on the main deck below. They couldn’t extinguish the fire or rescue anyone and jumped into the ocean to survive after Boylan made a breathless mayday call.

One of those surviving crew members, Ryan Sims, who broke a leg while jumping, is also a plaintiff in the lawsuit.

Boylan has pleaded not guilty to federal manslaughter charges for “misconduct, negligence and inattention” by failing to train his crew, conduct fire drills and have a roving night watchman on duty when the fire ignited.

The National Transportation Safety Board’s investigation of the disaster did not find the cause of the fire, but it blamed the vessel’s owners for lack of oversight and said failing to post a night watch allowed flames to spread quickly.

The NTSB faulted the Coast Guard for not enforcing the night watch requirement and criticized it for insufficient rules on smoke detectors and emergency escapes. The board made several recommendations for the agency to improve safety aboard passenger vessels.

The Coast Guard, which has routinely ignored past NTSB safety recommendations, said earlier this year it would make some of the suggested changes.

The Conception had passed its two most recent safety inspections, according to Coast Guard records.

But the lawsuit said the Coast Guard negligently and carelessly certified the boat despite clear violations that included an overloaded electrical system that may have sparked the blaze. It said wiring was not up to marine standards and included cheap wire available in hardware stores.

Because the boat burned and sank, no cause for the fire was found. But investigators said it began in an area where passengers had plugged in phones, flashlights and other items with combustible lithium ion batteries.

The lawsuit said the boat’s fire detection and suppression systems were out of compliance, and the two means of escape from the bunkroom violated Coast Guard regulations because they led to the same place.

“They had two different ways to get out of the bunk room, but both led to the galley,” Goodman said. “When the fire’s in the galley, how does that help?”

Family members of the dead have also sued the company and family that owned the vessel for wrongful death.